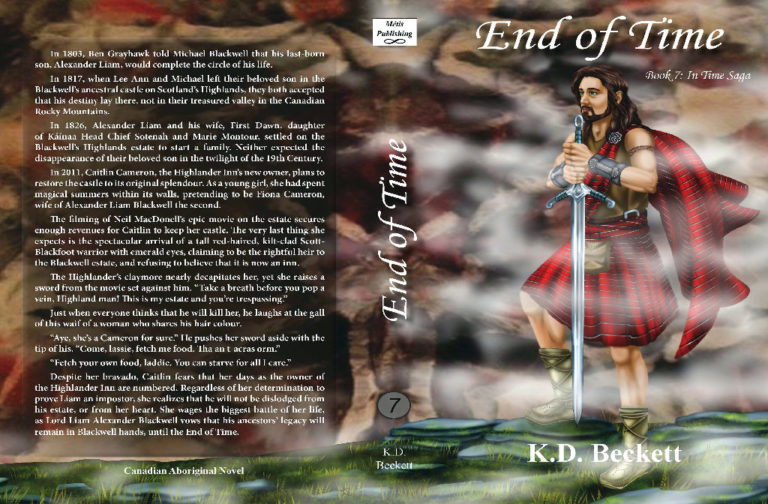 In 1803, Ben Grayhawk told Michael Blackwell that his last-born son, Alexander Liam, would complete the circle of his life.
In 1817, when Lee Ann and Michael left their beloved son in the Blackwell’s ancestral castle on Scotland’s Highlands, they both accepted that his destiny lay there, not in their treasured valley in the Canadian Rocky Mountains.
In 1826, Alexander Liam and his wife, First Dawn, daughter of Káínaa Head Chief Sotenah and Marie Montour, settled on the Blackwell’s Highlands estate to start a family. Neither expected the disappearance of their beloved son in the twilight of the 19th Century.

In 2011, Caitlin Cameron, the Highlander Inn’s new owner, plans to restore the castle to its original splendour. As a young girl, she had spent magical summers within its walls, pretending to be Fiona Cameron, wife of Alexander Liam Blackwell the second. The filming of Neil MacDonell’s epic movie on the estate secures enough revenues for Caitlin to keep her castle. The very last thing she expects is the spectacular arrival of a tall red-haired, kilt-clad Scott-Blackfoot warrior with emerald eyes, claiming to be the rightful heir to the Blackwell estate, and refusing to believe that it is now an inn. The Highlander’s claymore nearly decapitates her, yet she raises a sword from the movie set against him.
“Take a breath before you pop a vein, Highland man! This is my estate and you’re trespassing.”
Just when everyone thinks that he will kill her, he laughs at the gall of this waif of a woman who shares his hair colour.
“Aye, she’s a Cameron for sure.” He pushes her sword aside with the tip of his. “Come, lassie, fetch me food. Tha an t-acras orm.”
“Fetch your own food, laddie. You can starve for all I care.”
Despite her bravado, Caitlin fears that her days at the Highlander Inn are numbered. Regardless of her determination to prove Liam an impostor, she realizes that he will not be dislodged from her estate, or from her heart. She wages battle against the young Lord, who vows that his ancestors’ legacy will remain in Blackwell hands – eternally. The biggest battle of her life, however, takes he to the Siksika Valley in Canada’s Rocky Mountains, during the filming of Rainbows in Time, another historical movie, among people who welcome her warmly, and support her when her world collapses around her.

Now available on
www.Amazon.com in book and Kindle format 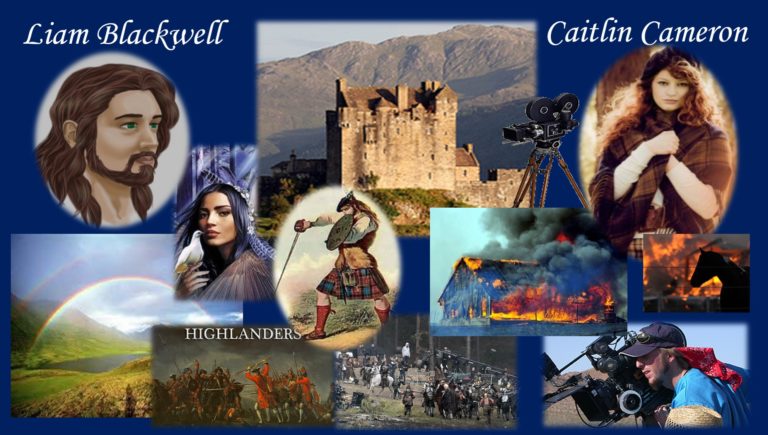