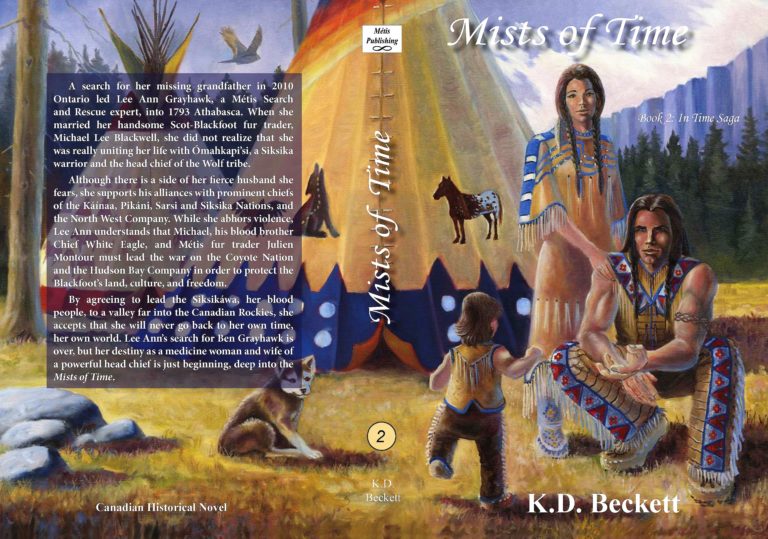 A search for her missing grandfather in 2010 Ontario led Lee Ann Grayhawk, a Métis Search& Rescue expert, into 1793 Athabasca. When she married her handsome Scot-Blackfoot fur trader, Michael Lee Blackwell, she did not realize she was really uniting her life with Ómahkapi’si, a Siksika warrior and Head Chief of the Wolf tribe.

Although there is a side of her fierce husband she fears, she supports his alliances with prominent chiefs of the Káínaa, Pikáni, Sarsi and Siksika Nations, and the North West Company.  While she abhors violence, Lee Ann understands that Michael, his blood brother Chief White Eagle, and Métis fur trader Julien Montour must lead the war on the Coyote Nation and the  Hudson Bay Company in order to protect the Blackfoot’s land, culture, and freedom.

By agreeing to lead the Siksikáwa, her blood people, to a valley far into the Canadian Rockies, she accepts that she will never go back to her own time, her own world. Lee Ann’s search for Ben Grayhawk is over, but her destiny as a medicine woman and wife of a powerful head chief is just beginning, deep into the Mists of Time.

Now available on www.Amazon.com in book and Kindle format