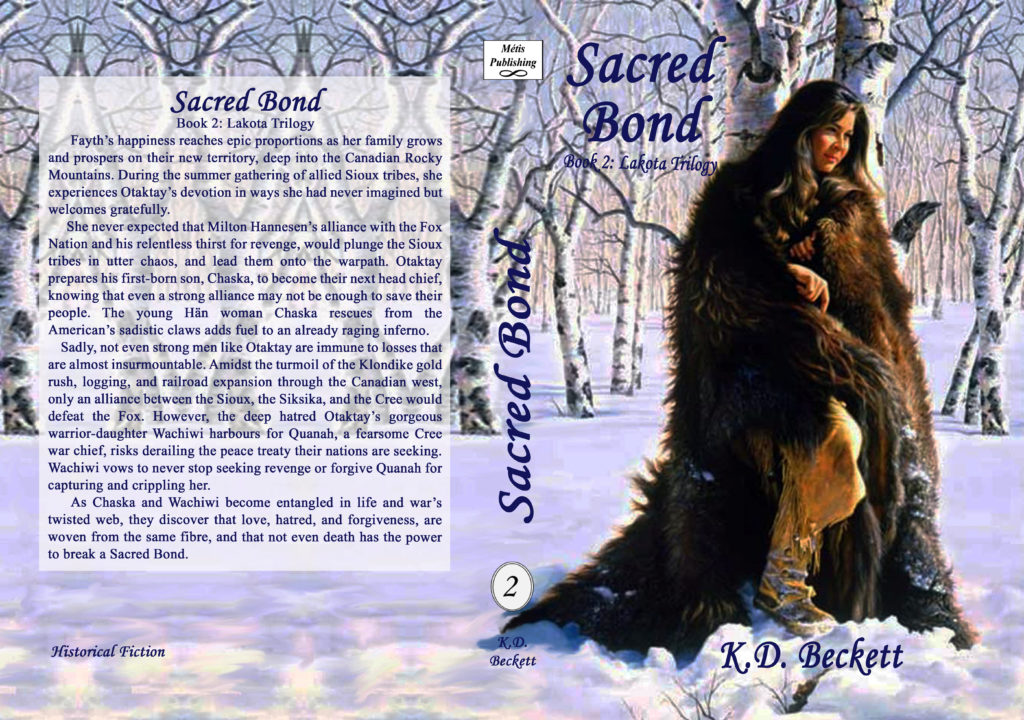 Fayth’s happiness reaches epic proportions as her family grows and prospers on their new territory, deep into the Canadian Rocky Mountains. During the summer gathering of allied Sioux tribes, she experiences Otaktay’s devotion in ways she had never imagined, but welcomes gratefully.

She never expected that Milton Hannesen’s alliance with the Fox Nation and his relentless thirst for revenge, would plunge the Sioux tribes in utter chaos, and lead them onto the warpath. Otaktay prepares his first-born son, Chaska, to become their next head chief, knowing that even a strong alliance may not be enough to save their people. The young Hän woman Chaska rescues from the American’s sadistic claws adds fuel to an already raging inferno.

Sadly, not even strong men like Otaktay are immune to losses that are almost insurmountable. Amidst the turmoil of the Klondike gold rush, logging, and railroad expansion through the Canadian west, only an alliance between the Sioux, the Siksika, and the Cree would defeat the Fox. However, the deep hatred Otaktay’s gorgeous warrior-daughter Wachiwi harbours for Quanah, a fearsome Cree war chief, risks derailing the peace treaty their nations are seeking. Wachiwi vows to never stop seeking revenge or forgive Quanah for capturing and crippling her.

As Chaska and Wachiwi become entangled in life and war’s twisted web, they discover that love, hatred, and forgiveness, are woven from the same fibre, and that not even death has the power to break a Sacred Bond.

Also available on  www.Amazon.com in Book and Kindle format