After five long years crossing North America on the Rocking Spurs tour bus, country-rock superstar Cayden Sheppard is tired, homesick, and lonely. He seeks more from life than partying, women, and drinking with the groupies who follow his band. A member of his family surviving a close brush with death drove home Cayden’s need to spend more quality time with his loved ones, and at the band’s new recording studio in British Columbia.

Kalani Simon, a young Québec-born Innu-Métis artist and mother severely bullied on social media crashes into his bus; into Cayden’s life. Little does he know that his deep desire for stability, family, and happiness is about to drag him onto the most dangerous path of his life. Little does Mia know that Kalani is the only person on earth who holds the key to her identity and painful heritage.

Sickened by the social media bullying of Kalani and other Indigenous people, Rocking Spurs use their fame and wealth to expose the persecutors. They embark on a special coast-to-coast Anti-Bullying Tour of 10 Canadian cities in 10 provinces in 30 days. They discover that racism and discrimination are the first notes of a discordant tune.

Tasked with extracting Kalani’s tormentor, SOTU’s Chase Jackson and his Special Ops team, assume security duties on the tour. Yet, no one understands the true depth of the mission until it hits home. 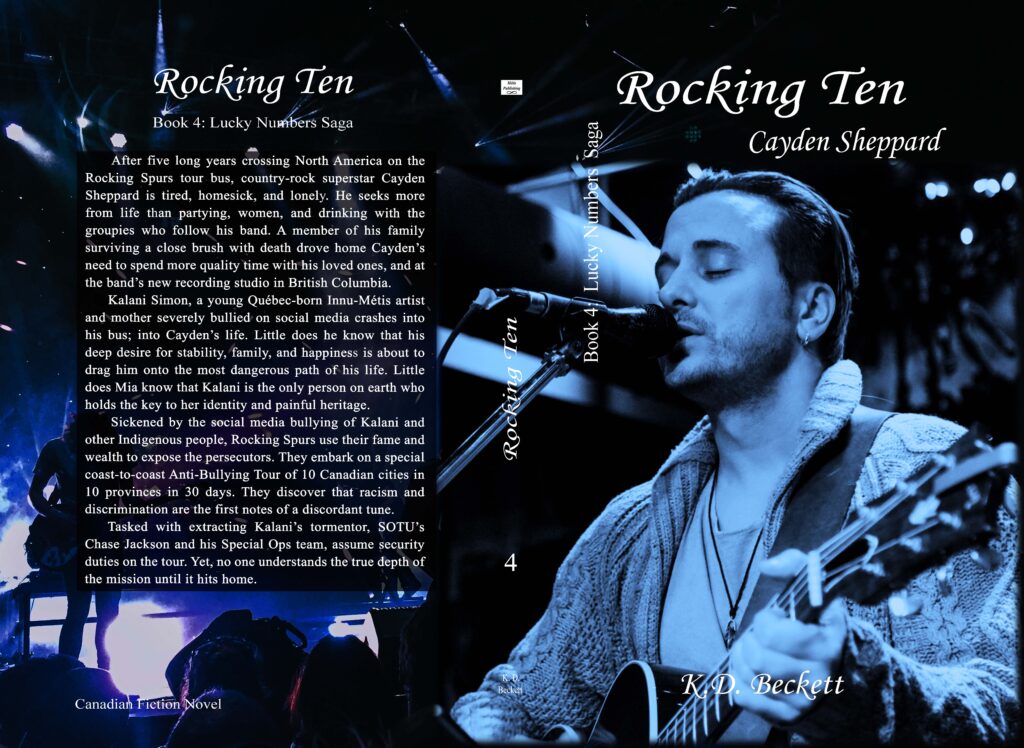