Smokejumper and owner of Cloud Nine Inc., Connor Sheppard, is married to his career. With the wildland fires in British Columbia increasing in numbers and intensity every year, Connor can’t even think of following his twin brother into matrimony. When not jumping, he and fellow pilot Ryder are busy flying C-9’s helicopters to and from the fire lines. Managing his front-line firefighting business, and leading his team of smokejumpers, his dirty dozen as they’re called, into extreme danger leaves little room for romantic pursuit.

Cheyenne-Scottish veterinarian Willow McKay is also married to her career with Vets Without Borders and the Wildfires Animal Rescue Program. What little spare time she has is spent helping her father, also a vet, at his Wyoming clinic. Her work often crosses paths with the smokejumpers and hotshots fighting wildland fires, but like them, she falls onto her camp bed utterly exhausted at night. The last person she should be dreaming of is Connor Sheppard!

Connor and Willow like each other, are strongly attracted to each other, but a long-distance relationship is not an option for them. However, when the heart burns hotter than a wildfire, the mind longs to follow. As life throws them on dangerous paths, Connor and Willow question their hearts and minds. Is there not a way for them to have it all and still find their forever? 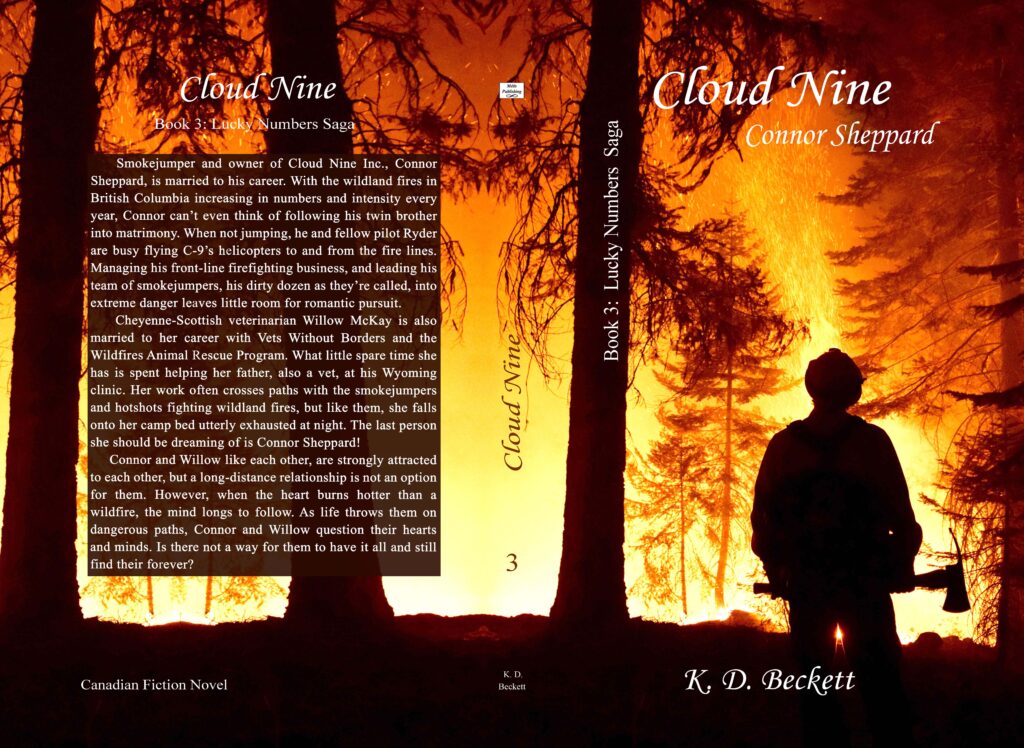