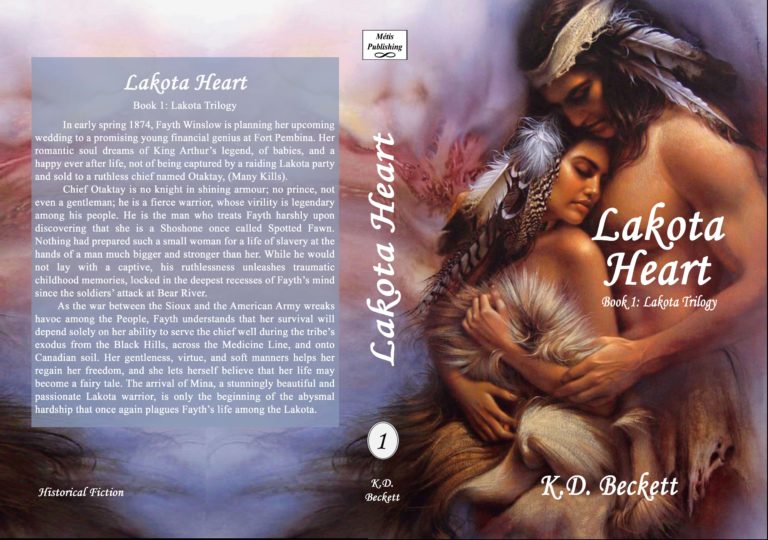 In early spring 1874, Fayth Winslow is planning her upcoming wedding to a promising young financial genius at Fort Pembina. Her romantic soul dreams of King Arthur’s legend, of babies, and a happy ever after life, not of being captured by a raiding Lakota party and sold to a ruthless chief named Otaktay, (Many Kills).

Chief Otaktay is no knight in shining armour; no prince, not even a gentleman; he is a fierce warrior, whose virility is legendary among his people. He is the man who treats Fayth harshly upon discovering that she is a Shoshone once called Spotted Fawn. Nothing had prepared such a small woman for a life of slavery at the hands of a man much bigger and stronger than her. While he would not lay with a captive, his ruthlessness unleashes traumatic childhood memories, locked in the deepest recesses of Fayth’s mind since the soldiers’ attack at Bear River.

As the war between the Sioux and the American Army wreaks havoc among the People, Fayth understands that her survival will depend solely on her ability to serve the chief well during the tribe’s exodus from the Black Hills, across the Medicine Line, and onto Canadian soil. Her gentleness, virtue, and soft manners helps her regain her freedom, and she lets herself believe that her life may become a fairy tale. The arrival of Mina, a stunningly beautiful and passionate Lakota warrior, is only the beginning of the abysmal hardship that will once again plague Fayth’s life among the Lakota.

Now available on  www.Amazon.com in Book and Kindle format