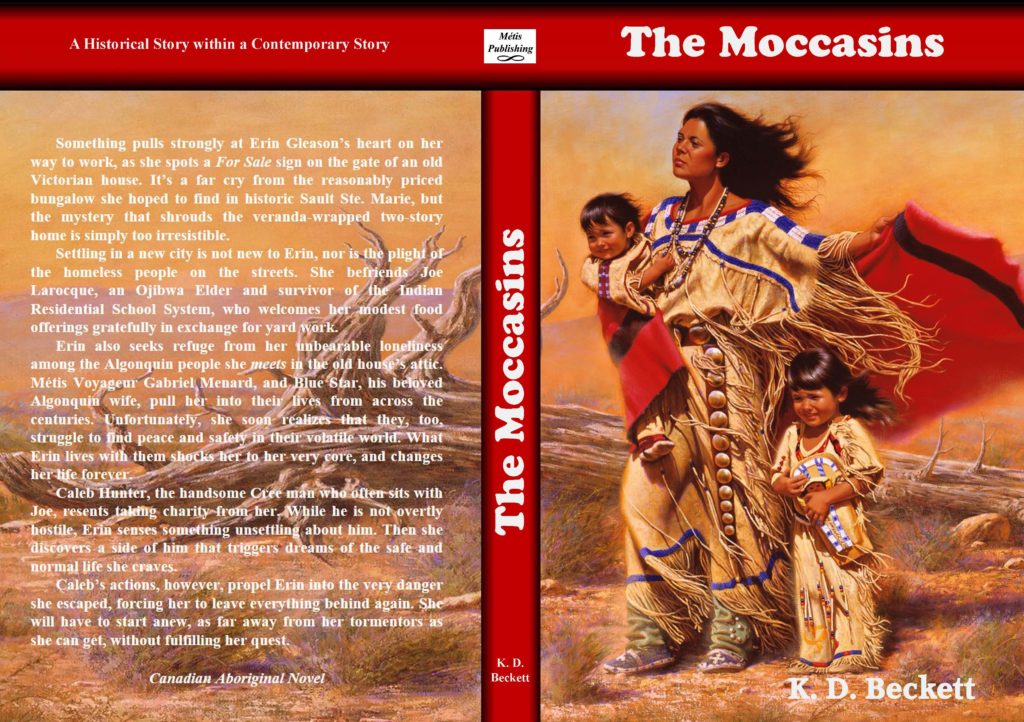 A historical novel within a contemporary story

Something pulls strongly at Erin Gleason’s heart on her way to work, as she spots a For Sale sign on the gate of an old Victorian house. It’s a far cry from the reasonably priced bungalow she hoped to find in historic Sault Ste. Marie, but the mystery that shrouds the veranda-wrapped two-story home is simply too irresistible.ettling in a new city is not new to Erin, nor is the plight of the homeless people on the streets. She befriends Joe Larocque, an Ojibwa Elder and survivor of the Indian Residential School System, who welcomes her modest food offerings gratefully in exchange for yard work.

Erin also seeks refuge from her unbearable loneliness among the Algonquin people she meets in the old house’s attic. Métis Voyageur Gabriel Menard, and Blue Star, his beloved Algonquin wife, pull her into their lives from across the centuries. Unfortunately, she soon realizes that they, too, struggle to find peace and safety in their volatile world. What Erin lives with them shocks her to her very core, and changes her life forever.

Caleb Hunter, the handsome Cree man who often sits with Joe, resents taking charity from her. While he is not overtly hostile, Erin senses something unsettling about him. Then she discovers a side of him that triggers dreams of the safe and normal life she craves.

Caleb’s actions, however, propel Erin into the very danger she escaped, forcing her to leave everything behind again. She will have to start anew, as far away from her tormentors as she can get, without fulfilling her quest.

For more information about the  Métis Nation of Canada, please visit: WWW.MNOC.CA